From day one, Zapier has always been a distributed team. Even though my co-founders, Bryan and Mike, and I lived in the same city, we had different schedules and were bootstrapping Zapier on the side of our day jobs and school. We worked on Zapier in every spare moment we each had, but those moments didn’t magically line up at the same time where we could work in the same room. Plus, side projects can’t afford offices. So we just worked from our apartments, coffee shops—wherever we could get things done. 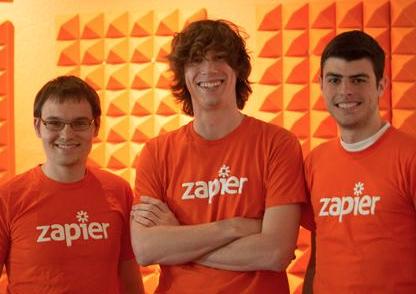 In June of 2012, we moved out to the Bay Area from Columbia, Missouri for Y Combinator. That summer, we were all three in the same apartment—the only time in the company’s history where the whole company has been together. At the tail end of that, Mike moved back to Missouri to be with his then-girlfriend/now-wife as she was wrapping up law school. He was too important to the business to leave, so we kept on doing the remote thing, collaborating via chat and pull requests.

Then, in October, we started to think about hiring on staff to help with some things. We’d never hired before, and the advice we got was: “Work with former colleagues. You already have the trust, so it’ll make it a little less risky.” All the people we know? They’re back in the Midwest. So we hired a former colleague of mine that was in Chicago and another in Columbia. At five people, we were across three cities. Still no office.

Then a few things happened:

All the things you kind of look for to say, “Yeah, this is working”—none of it seemed to be hindered. Now, this was in 2012. People were telling us, “no company has ever been built this way” and “no one will ever buy you.” And we’re looking at it, thinking, “You’re not wrong that there aren’t big companies like this, but also—it’s working. This seems fine. It seems more than fine. It seems good.”

So we just decided to go all in. And that’s how it went from being this ephemeral thing we were doing to being how we operate.

Since then, it’s honestly only gotten easier. The tooling is a lot better. Slack and Zoom didn’t exist when we started, so that’s come a long way. And more people are realizing that remote work is a great way to do business.

At its core, running a remote business isn’t really all that different from running a co-located business. When I spend time with execs at companies that have scaled, we all end up talking about the same problems. Like “teams aren’t aligned,” or “this product launch got delayed for x/y/z reason,” or “we have people who are struggling to scale in their roles because the challenges are new or unique.” There’s a set of problems that any fast-growing company has—remote or not.

I tend to say the only real drawback to remote work is that, when there’s a big milestone, celebrating just isn’t the same. We can get 80% of the way there on Zoom, but when you can’t all get in a room and high five and feel each other’s energy—it’s a bummer. But honestly, that’s really it. 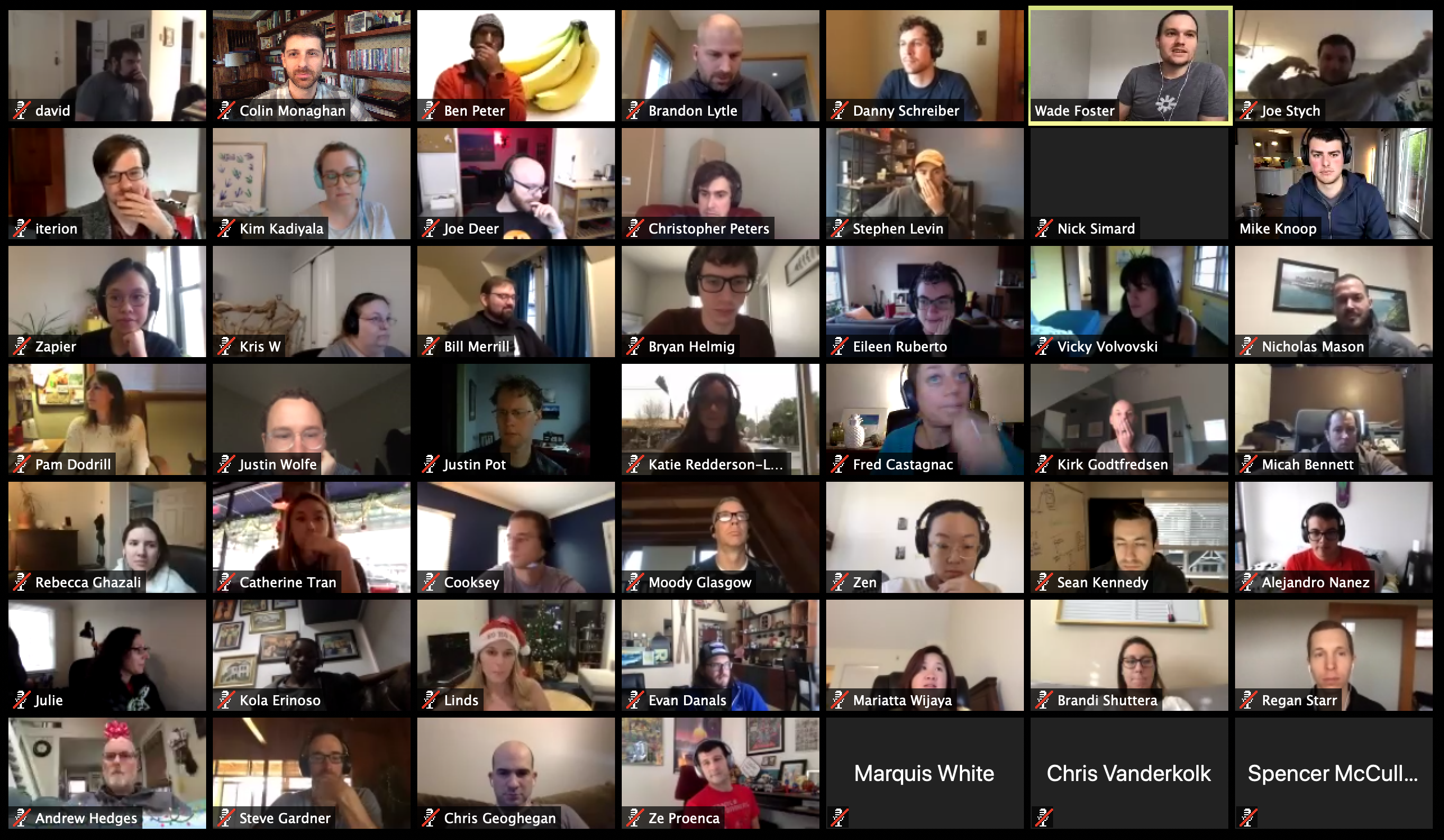 Here’s what it looks like when we all get in a room.

I also can’t ignore the compliance and regulatory elephants in the room. Hiring, payroll, and taxes for a global team are a big undertaking. There’s a lot of gray area too because governments aren’t super well-organized around this stuff.

On the other side of the things, there are three pretty obvious wins when you’re a remote workforce.

1. You can tap into a global talent pool

We can hire people wherever we want to. We don’t have to compete for Bay Area talent, and instead we get to hire the best people all over the world. Not only does it increase the size of the applicant pool, but it adds a layer of diversity into the company.

Not because you pay people less—our salaries are competitive with co-located companies. But you don’t need an office. And real estate is expensive. Add to it all the in-office perks folks have come to expect—meals, treats raining from the ceiling, in-office massages. You can offer remote perks, and it’s still a fraction of the cost.

Remote work really increases the amount of time each person has in their day. And I’m not even talking about commute time—which lots of people use as extra time with families or for personal time. I’m talking about fewer at-work distractions.

When I work remotely, I don’t get sucked into side conversations. No one plays crappy music really loud. I don’t get hit in the head with a Nerf ball. Sure, I might step out of my home office to do my laundry, but is that really more distracting than having people whiz by your desk all day, strike up random conversations, or say out loud every thought that pops into their head?

But when it comes down to it, the real reason remote works is because it requires you to have the skills that make every team successful. Instead of learning those skills as you grow, you’re forced to have them from the beginning. Here are some examples.

With co-located teams, it’s easy to ignore culture building with the expectation that it will naturally happen. In most situations, this is simply not true, but by the time a co-located team realizes it, it might be too late to repair their culture.

Related:Build culture in your remote team with automation

But here’s the kicker: as any company gets to a certain size, you have to do this anyway, even if you’re not remote. So it forces you to have good habits early on that normally you would have to develop once you get to 100, 200 people or something like that. Remote just forces you to do it early. You’re kind of trading off a little bit of work upfront for some bigger gains down the line.

The same thing goes for communication. There are certain communication tips for remote teams, but for the most part it’s just: be a good communicator. Remote workers learn to be specific and descriptive with their language early on, and they figure out early what’s worth sharing and what’s not.

When something doesn’t go right at a remote business, the remote part is a really easy thing to point your finger at. But I’d bet that it’s more the business part that’s having trouble—like your business model is wrong, or your management structure is wrong. There’s nothing inherently problematic with remote work, and the benefits are pretty clear. It may not work for everyone, but it’s worked for us.