China exerts a substantial influence on global ecommerce. Much of the focus is on Alibaba, among the largest ecommerce platforms in the world. 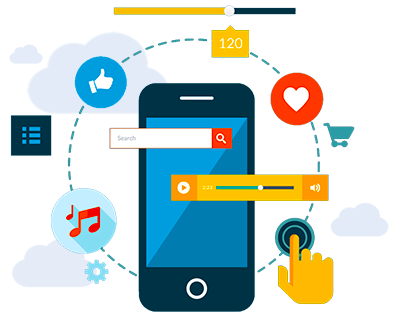 China President Xi Jinping has tightened regulations on companies in the ecommerce and technology sectors. He has taken the stance that the government must control the private sector, even when the companies are publicly traded.

At the end of 2020, Jack Ma, the founder of Alibaba, criticized the Chinese government as being risk averse, and retaliation soon followed. Ma had planned to take public Alibaba’s financial arm, the Ant Group, in November 2020 with the largest initial public offering in history at $37 billion. One day after his announcement, the Chinese government halted the IPO, and Ma disappeared from public view. In 2021, Alibaba was hit with a $2.8 billion fine for being a monopoly. The company has lost roughly $400 billion in market value since.

Alibaba’s planned IPO of Ant Financial was halted by the Chinese federal government.

In his attempt to curb excessive consumption, Xi has spoken extensively about “common prosperity” — the view that all citizens should achieve moderate wealth and the rich should give back to society. Xi blames the country’s technology sector for magnifying wealth inequality. He has made clear that he is willing to sacrifice economic growth to adhere to the Communist Party ideology.

In 2022, Alibaba and Tencent, Chinese technology and entertainment conglomerate and the owner of messaging application WeChat, announced significant layoffs — about 15% of its workforce.

As of September 2022, government enforcement actions wiped out over $1.5 trillion of the market value of Chinese companies. Ninety-eight fines were imposed on major internet companies such as Meituan, JD.com, Baidu, Alibaba, and Tencent. These companies were hit with cumulative penalties of $3.25 billion.

After its IPO in the U.S., Didi, China’s largest ride-hailing company, became the subject of a cyber security review by the Chinese government.

U.S. regulators, after years of wrangling over audit compliance, threatened to delist Alibaba and more than 270 other China-based companies from American stock exchanges identified under the Holding Foreign Companies Accountable Act of 2020.

The Securities and Exchange Commission has demanded complete access to audit working papers stored in China. The Chinese government blocked this access, citing national security concerns. The stock prices of these Chinese companies dropped due to uncertainty.

Finally, on August 26, the Chinese and U.S. governments signed an agreement allowing U.S. regulators to inspect the Chinese audit documents of the companies in question. Nevertheless, some of those companies are looking to move to the Hong Kong Exchange.

Over the past several years, Alibaba’s Singles Day on 11/11 has been the biggest online global shopping event of the year, with record-breaking revenue and live-streamed entertainment by international celebrities.

This year’s Singles Day was muted as neither Alibaba nor JD.com — which also holds an 11/11 event — publicized the entertainment, and neither announced their sales figures. Alibaba cited pandemic restrictions as why it did not have its usual gala, alluding to “macro challenges and Covid-19 related impact.” In line with the “common prosperity” government directive, ecommerce merchants are not promoting excessive consumption.

Alibaba’s third-quarter results for the period ending September 30, 2022, were announced on November 17. Despite its challenging situation, the company achieved revenue growth of 3% year-over-year, a total of $29 billion, although it produced a net loss of $3.2 billion. Cross-border commerce slowed.

Many investors now label Alibaba as risky and volatile, subject to the whims of the Chinese government. Earlier this year, its CEO, Daniel Chang, said, “We believe we have substantially captured all consumers with purchasing power in China. We’ll focus on a shift from new-user acquisition to user retention.”

The ramifications of mixing capitalism with communism are still unfolding. Alibaba confronts greater competition from rivals JD.com, mobile-only marketplace Pinduoduo, and new live-streaming ecommerce platforms such as ByteDance’s short video platform Douyin — known as TikTok outside of China — which have taken share from Alibaba’s businesses Tmall (B2B) and Taobao (C2C).

As these competitors grow larger, they, too, will find themselves in the crosshairs of the Chinese government.

The above article “Turmoil for Chinese Ecommerce and Tech Companies” was 1st provided here.

We hope you found the above of help or of interest. You can find similar content on our blog: blog.hostfast.com/blog
Please let me have your feedback below in the comments section.
Let us know which subjects we should cover for you in future.