Privacy-related changes on Apple mobile devices and Google’s Chrome browser will make it more difficult for businesses to target advertising at specific customers across platforms, applications, and websites.

At issue are two technologies with similar privacy implications.

First, there is Apple’s Identifier for Advertisers (IDFA), which is a random number assigned to an Apple device, such as an iPhone. This number allowed apps to track and identify a user, without necessarily revealing personal information, so that it could provide custom, personalized ad experiences.

Second, Google announced changes to how Chrome will handle cookies, which are another way for advertisers to track and identify users. 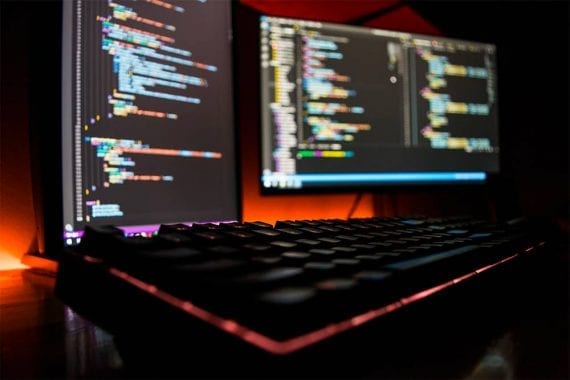 IDFA and cookies are coded directly into mobile apps and websites. But privacy concerns are changing how these technologies are employed. Photo: Fotis Fotopoulos.

Today, many performance marketers use data collected via mobile apps, website cookies, and third-party data providers to identify and retarget customers and prospects across devices, platforms, and mobile apps.

This allows for a stunning level of precision as well as the ability to control costs tightly.

For example, say a brand showed a consumer an ad on her smartphone while she was using the Duolingo app at 7:00 p.m. The brand may not want to show her the same ad when she is watching Hulu at 7:15 p.m. This sort of control is currently possible. But that could change.

“Apple announced that as a part of iOS 14, it would no longer allow [the use of IDFAs] to be opt-out, meaning when a user opens an app on iOS 14 — like Spotify or Gmail or Instagram — a prompt will ask, ‘Would you like this application to track you as a user?’” said Nii Ahene, who is chief strategy officer for Tinuiti, a performance marketing agency.

This is a significant change from how IDFA sharing worked in earlier versions of iOS, wherein the user has to manually opt-out of sharing his IDFA.

The change will not be immediate. iOS 14 will launch this year, but Apple has said that developers will not need to implement the new IDFA opt-in request until early in 2021.

“The interesting thing about desktop [web browsing] is that the changes that are happening around the cookie have already started,” said Ahene. “So if you have Safari or Firefox or the Brave browser, a lot of the tracking information — a lot of the fingerprinting information that advertisers used to use over the last decade — is not as accessible.”

For example, cookies on Safari expire in just 24 hours. A business looking at its web analytics data will likely see less traffic coming from Safari browsers than it did just 18 months ago.

“That’s not because there has been a dramatic shift in where people make online purchases. It’s because Safari has blocked the ability to do tracking beyond 24 hours with cookies,” Ahene said.

“The for you in future major shoe to drop here is what’s happening with Chrome,” Ahene continued.

Google has said it will stop supporting third-party cookies by 2022, eliminating a powerful tool for digital advertisers.

“If [advertisers] are buying across multiple companies or multiple publishers … it is going to be more complex to control frequency across devices, across platforms, across apps, and so on because now they will have [to manage ads] directly for each publisher,” said Andre Artacho, managing director at TWO NIL, a growth consultancy in Los Angeles, as he described how changes to IDFA and cookies might impact advertising.

“So if I am running ads with Google, I will have a frequency for my [Google] audience. But Google would not consider my frequency within Facebook, or Amazon, or [another] publisher. [Advertisers] will not have an identity to track.”

Artacho and Ahene both indicated that many common performance advertising practices would eventually be impacted. The way that Facebook creates lookalike audiences for advertisers is one example.

“Let’s say John is a buyer of Nike products,” said Ahene. “He buys from Nike.com, and he has [the NBA.com app]. He uses ESPN.com. He uses the Association of Tennis Professionals’ app. Clearly he is a sports consumer. Bill also uses those three apps, but he’s never bought from Nike.com. Right now, Facebook can see that.”

“The moment you take IDFA away, Facebook can no longer see that app universe. It becomes that much harder to establish correlations between users, and the effectiveness of these lookalikes might start to diminish,” Ahene said.